This website uses cookies themselves and third parties to provide you with a better experience and service.
When surfing or using our services you agree to our use of cookies.More information [Close this message]
Columbus and the medieval village of Pals
Baix Empordà Burricleta Centre

Would you like to know how it's possible that Christopher Columbus sailed from Pals when he went to the Indies? On this guided route, filled with landscapes and nature, you will also discover the enigma of Columbus and his connections to the old royal town of Pals.

The tour starts in Pals

In collaboration with the research conducted by the "Cercle Català d'Història" (Catalan Historical Circlet), we will show you the relationship between Christopher Columbus and the town of Pals, the documented presence of the famous Pinzón brothers, and why the oral history of this medieval town says that the three ships and Columbus sailed from Pals...

This is without doubt, one of the most interesting towns in the district, from the point of view of nature and history. Then we will get back on track to the sea, following a path shaded by pine trees, which will bring us to Pals beach. There, we will see where the olf fishing town of Pals was located, whose port has been documented since the 15th C and from where it is said that Christopher Columbus sailed.

To finish, we will take a break near the beach.

Energy restored... our guide will take us to Mas Gelabert and to the Molí de Pals, properties in that era belonging to a person close to King Ferran the Catholic, a rice mill which has led to the famouos rice cuisine in Pals.

Did you know that, on his first voyage Columbus carried rice, amongst his other provisions?

We go back to the starting point. A surprising route which combines nature and countryside with Chrisopher Columbus and the greatest adventure of all time.

You can't miss it!

Not available in August

Reservations required one week in advanced. 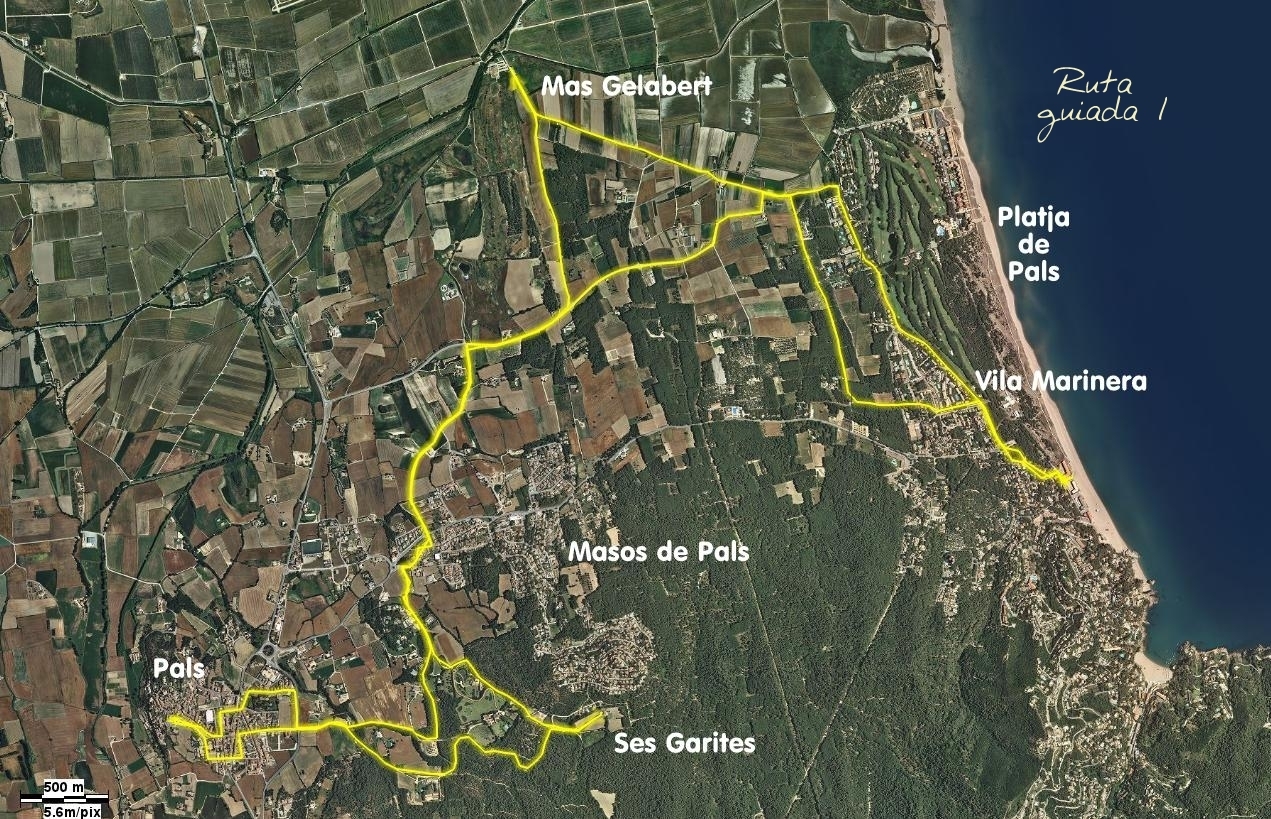